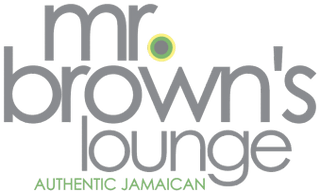 Big Up to the Bredda’s

Both of them. Blessed. Jamaica’s kiss touched two brothers – breddas in Jamaican, apart for way too long. One under the island’s sunny skies — the other rooted in the windy city. Ease up, everything cook an curry now. MBL Chef Johnoy Douglas made the long journey from Jamaica to the city by the lake… and brought the family recipes with him. Joined by Chicago native, brother Terry Meghie, and his wife Carrie, a partnership was formed to launch the first Mr. Brown’s Lounge in 2009.

This West Town destination for authentic Jamaican dishes, culture and nightlife was immediately embraced by the city. Recipes passed down through generations… Jerk chicken, rice and peas, fried plantains and Jamaican style cabbage have become mainstays for Chicagoans in the know. Authentic spreads including a Jamaican spiced mac & cheese has guests all likky-likky, a Jamaican term that captures the feeling of a meal so good that you are greedy about eating everything in sight. These secret family recipes have also graced the taste of American favorites, giving Mr. Brown’s jerk Caesar salad and the jerk burger an island touch. Reggae rockas, rum punch and Red Stripe accent the evening at Mr. Brown’s Lounge. A mood, a scene, a culture is celebrated with global live music, dj’s and events.

You will be left feeling happy, or irie as Jamaicans might say. Respect to the breddas for Mr. Brown’s Lounge, when an escape to Jamaica is much

needed and well deserved. Much love. Jamaican lore set to Bob Marley and the Wailers’ reggae beat in 1970’s release of “Mr. Brown”. The song tells the tale of a duppy, or ghost, traveling the land on a three wheeled coffin in the company of three John crows (vultures). It seems that one of the crows could speak, but only kept asking for a Mr. Brown.

You will too, nuh true?